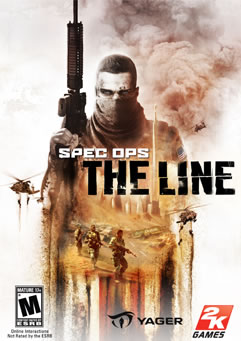 It’s been 6 months since Dubai was wiped off the map by a cataclysmic sandstorm.

Once the world’s most fantastical city, Dubai is now its most opulent ruin. Ravaged by cataclysmic sandstorms, the city lies buried, reclaimed by the desert. Abandoned, it has become a no-man’s-land for refugees and outlaws.

While most people fled the now-barren wasteland, U.S. Army Colonel John Konrad and the 33rd Infantry remained behind to protect those incapable of escape.

Unable to contact anyone in Dubai, the world believed Konrad and his team dead, until they picked up a weak distress signal. As Captain Walker, you and your squad of Delta Operators to infiltrate the treacherous region to locate survivors.

There, you and your men will experience madness - A world shattered by the failings of great men. You will face an enemy you were never trained to fight - Fellow soldiers prepared to accept the consequences of their actions. You will walk a line - That razor-thin edge separating your mission from your duty.

There is no escape from Dubai. It is the end - of honor and duty - when the storm has stripped you to the bone and only The Line remains.