Tales From The Borderlands: All 5 Episodes Coming to Disc!

For those of you who’ve yet to play the critically acclaimed Tales from the Borderlands – you’re in luck! Gearbox Software, Telltale Games, 2K and The Hyperion Corporation are bringing the whole game – all five episodes – to a shiny disc format you can buy in stores! Starting April 26 in North America (and April 22nd in Europe for PS4 and Xbox One), you’ll be able to pick up IGN’s Adventure Game of 2015 from your favorite retailer on PlayStation 3, PlayStation 4, Xbox 360, Xbox One and Windows PC.

Play across Pandora in the aftermath of Borderlands 2 as corporate-climbing Rhys – who dreams of becoming the next Handsome Jack. Play as Fiona, a small time grifter going after the big score. Play as both…because there are two sides to every story. And this one? Well, YOU’RE in the middle of it.

Don’t believe the hype? Here’s some of the praise the series has earned: 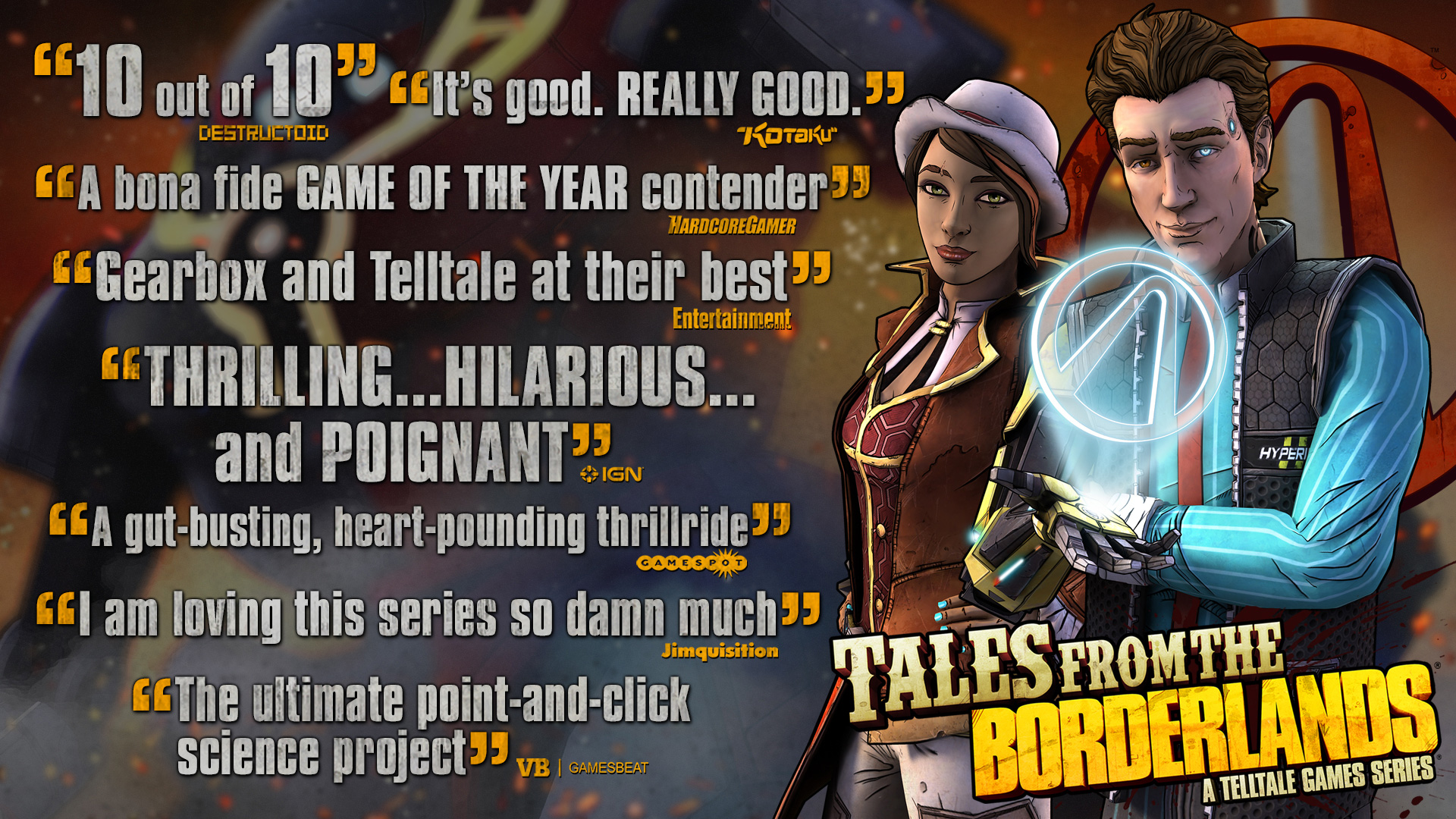 Heck, IGN alone gave the Tales from the Borderlands awards for

Oh, yeah, and Tales from the Borderlands is currently up for “Excellence in Narrative” at SXSW (VOTE NOW, while we’re being subtle).

Come April 21st in Australia and New Zealand, April 22nd in Europe and April 26th in North America, you’ll have your chance to tell your side of the story.