You've never seen a game collection like the one owned by Stephan Reese. Long before the global pandemic ignited a new boom for acquiring vintage games, Stephan was building out the kind of collection most can only dream of, amassing full sets of games ever made for tons of classic systems. But he decided to take things a step further, seeking out an even greater challenge: one-of-a-kind pieces of gaming memorabilia that you simply can't find anywhere else.

Stephan's passion for preservation led to his founding of the Interactive Art Collection, a non-profit organization dedicated to sharing original art and historical materials from the video game industry. Its premier exhibit, Art of Nintendo Power, features loads of original artwork and sculptures commissioned for use in Nintendo's legendary monthly magazine that dates back to 1988. Stephan's growing collection can be seen at gaming expos in pop-up form and in the award-winning documentary Rarity: Retro Video Game Collecting in the Modern Era. It's an absolute nostalgia bomb for anyone who grew up reading Nintendo Power; the art on those covers and in those pages surely inspired entire generations of gamers to pick up a controller and play.

At 2K, career development is critically important to us, and we love to see people thrive here and grow further in their careers throughout this industry and beyond. Stephan worked as a Senior Producer here at 2K, contributing to games like The Quarry, but will be taking a role at another company in August 2022. Before the end of his 2K tenure, we spoke with Stephan about his time here and his personal passion for collecting and preserving video game history. Please enjoy excerpts from that interview below, with special thanks to Stephan—we wish him the best of luck on his next endeavor!

"The hunt is such an important component of collecting"

Stephan Reese: I've been a collector of something all my life. It was Matchbox cars when I was a kid, then Teenage Mutant Ninja Turtles toys later in life—that was my big stake in the ground. The game collecting thing was sort of a perfect storm. At one point, I had literally everything that had ever been released for the Turtles: every single toy, every single variant of every single comic book from the '80s. The hunt is such an important component of collecting that, when it's done, all of a sudden that collection went from this living, breathing thing I was growing to just a stagnant, massive bunch of crap in my house. When the collection was complete, I started asking myself some really existential questions, like "Does this collection define me? What would happen if I didn't have it?"

Here was this vast collection of rarities that I could leverage as a piggy bank, and I was looking for something else to do. Having spent all this time in the game industry and grown up as a video game kid, I always had that thing in the back of my head going, "I wonder what it would be like to have every video game. That would be a crazy thing." I initially started as a set collector, where I decided I was going to focus on a console and get every game ever made for that console, specifically North American sets.

I had every Nintendo game, every Super Nintendo game, every Sega Genesis game, every game for 3DO, GameCube, original Xbox, Virtual Boy, Magnavox Odyssey 2, Dreamcast, Sega Saturn—the list goes on. My point is I had a lot of video games, like 9,000 or 10,000 video games in the vintage collection. I figured out early on that I enjoyed the hunt more than anything, so I kept getting to this point in the collection where I was like, "Alright, I've gotten everything that I want to get here." It didn't feel that difficult so much as expensive. If I wanted to, I could go on eBay, pull a trigger, and have the thing that I wanted.

So I thought "OK, what's harder?" I started collecting point-of-sale displays, like neon signs and old World of Nintendo display cabinets you might find at Target back in the day. Stuff like that, things that weren't originally for sale. Once again I kind of got to the point where I said "I don't have everything, but I have the stuff that I want. What's even harder to find than that?" 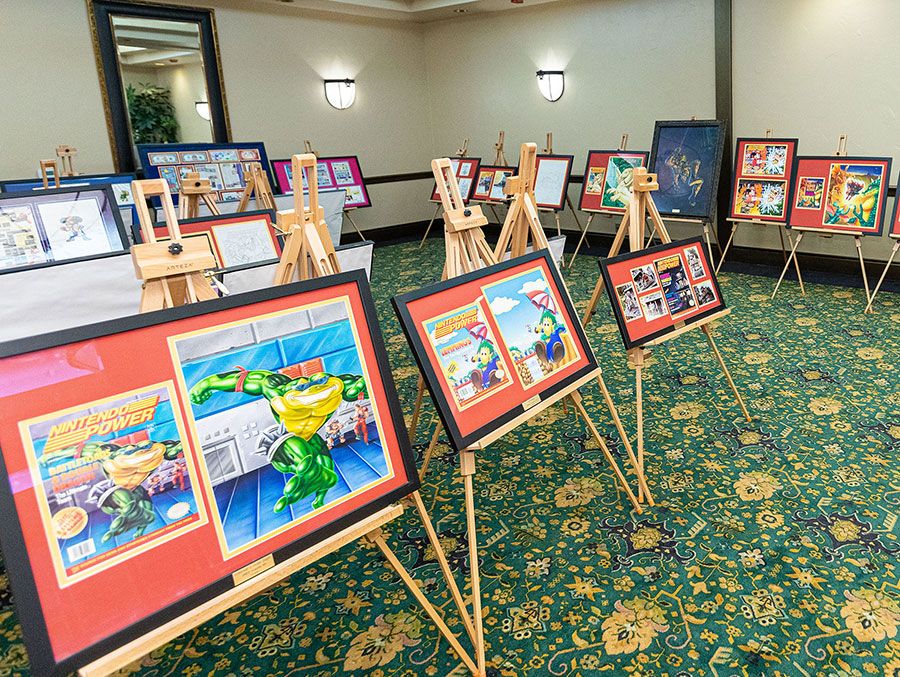 "With every single thing that I find, there's only one of them"

One day I was flipping through the first issue of Nintendo Power Magazine, and there's an ad in the front for the Game Play Counselor Hotline. Back in the day before forums and online guides, you could call someone up and they'd tell you about how to get past a part of a game you were stuck on. The kids in that ad were wearing some awesome-looking jackets, and I wondered if those jackets still existed. I started reaching out to people in search of the jackets, and very quickly it got to the point where people were telling me "Hey, I don't have that thing you're looking for, but I have all this other crap. Are you interested in looking at it?" 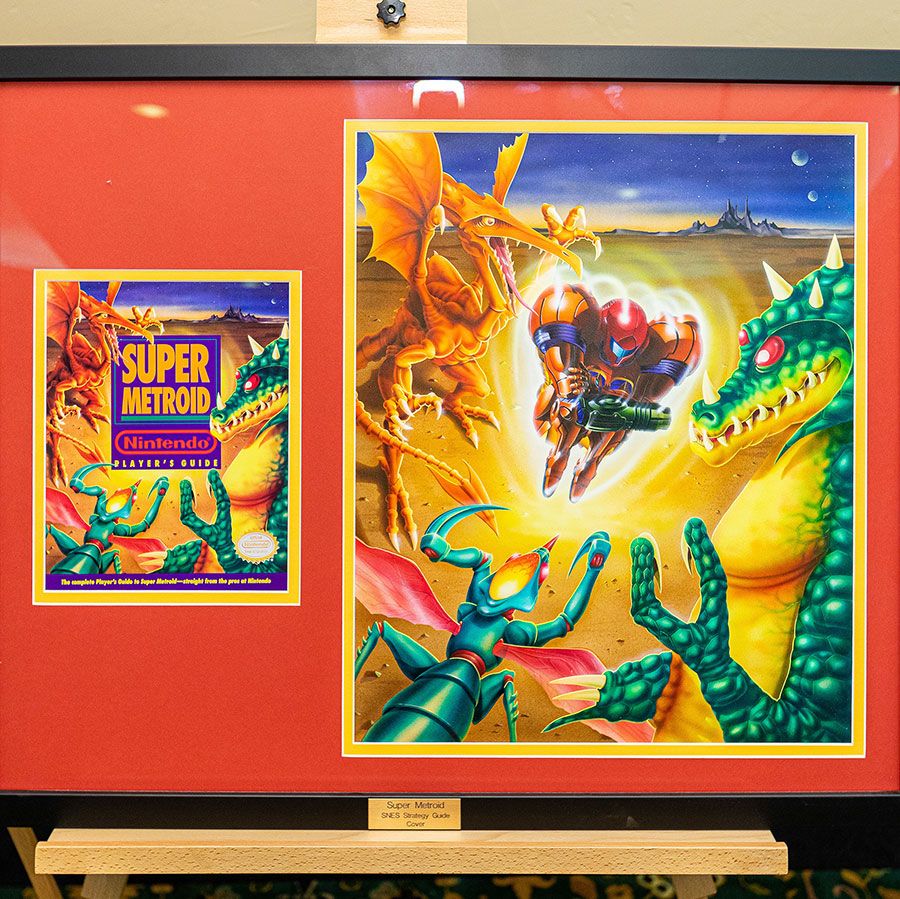 That exhibit made me realize, "Holy shit, I really love telling stories through my collection." That was sort of the genesis, the seed of "Maybe I should do something bigger with this." Later on, I was talking with a former Game Play Counselor, who said "Hey, I don't have anything left from those days—but after I left that job, I went and drew art for Nintendo Power Magazine. Is that something you would be interested in seeing?"

My reaction was like those cartoon gifs where someone's brain is exploding in their skull. For whatever reason, it had never really occurred to me that so much work went into making that magazine, with art that was generated by hand and might still exist 30+ years later. I had found my pinnacle of difficulty, because with every single thing that I find, there's only one of them; whether it's an original painting, sketch, or polymer clay model used for the magazine cover or in the articles. I was like, "Oh my God, this is the promiseland." I refer to the foundation as my life's work and it truly is. I do my day job so I can do that job. That's sort of how it got to the point of starting a nonprofit, though a lot of this is self-funded. 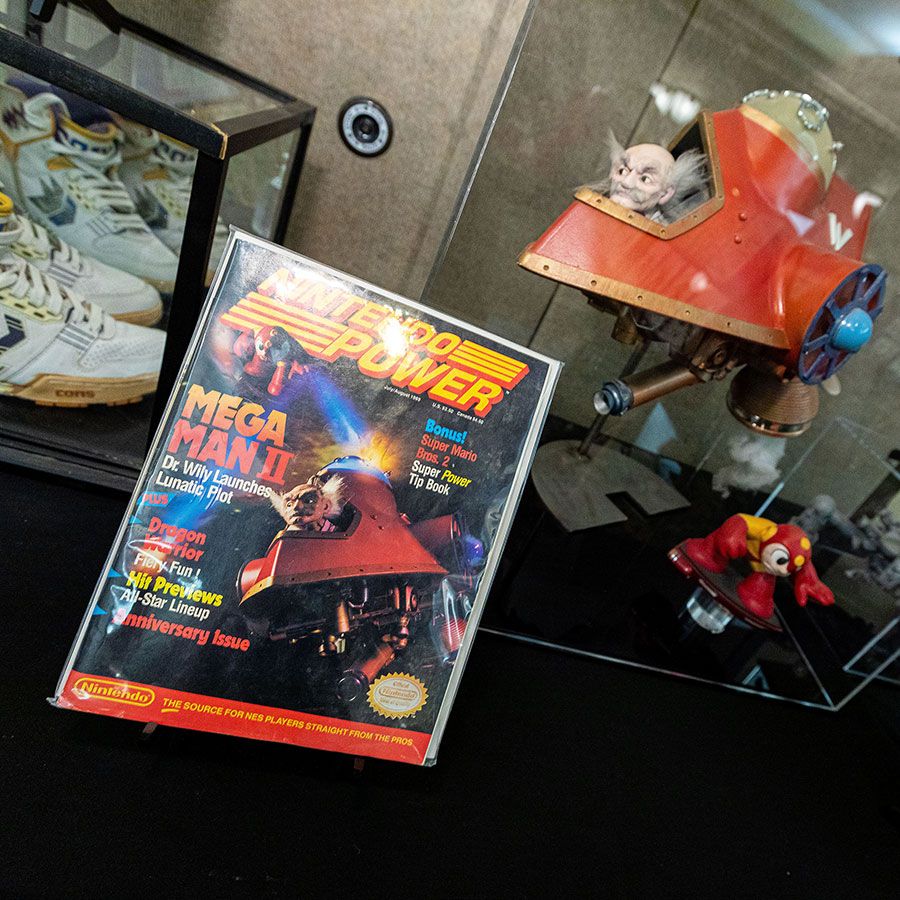 "I enjoy working on world-class brands and games with impact"

One of the things that I love about 2K is that it's relatively family first, and I appreciate that. A requirement I had coming in is that I work full-time remote. My late wife had stage four breast cancer for four years, and I was her primary caretaker. When she passed away, my priorities really shifted to our daughter, who was four at the time. I made the decision that I was never going to go back to an office; I wasn't going to lose these years with my daughter. In a previous role, I was so overworked and strapped for time that my daughter would bring me Monopoly money in the hopes that paying me meant I wouldn't have to work. I just decided that was untenable.

For a lot of my career, I worked at places that made a lot of kid-focused games. That was a chapter in my career that I'm very proud of—but it's nice to be working at a place where every time we ship a game, it warrants a press release. I enjoy working on world-class brands and games with impact like the ones 2K makes; now that I have a taste for it, I'm never going to give that up. 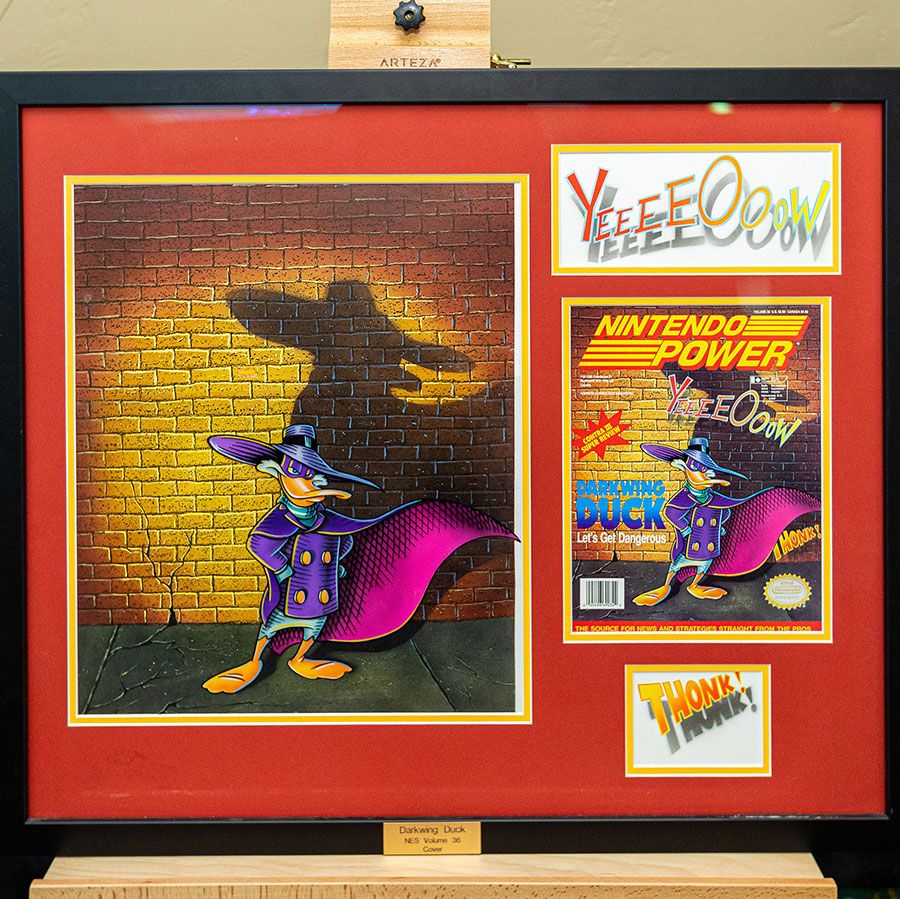 People sometimes ask me what my Holy Grail piece is for my collection. It doesn't work that way, because I don't know what's still out there. So I always say, "Oh, my grail piece is just the next thing. It's the thing that I don't know." It's futile to go looking for specific things. It's so much easier to look for the people and see what they have.

A lot of these artists just care the most about their legacy. That's something that I can offer them, more than a basement collector who's going to let that art rot in their closet or something. I'm out there showing these pieces. So I can, with all honesty, tell them I am the best home for this. If you care about your legacy, if you want these pieces to be seen, and not just resold, then I am the best home for this stuff.